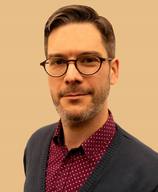 Benjamin Krämer studied Media Management at the Department of Journalism and Communication Research at Hanover University of Music and Drama (2001 to 2006; Bachelor of Arts in 2004, Master of Arts in 2006) and sociology at Paris Sorbonne University (winter term 2005/06). Since 2006, he is a research assistant at LMU Munich's Department of Communication Science and Media Research (chair of Prof. Wolfram Peiser). In 2012, he completed his PhD with a thesis on media socialization (2014 biannual dissertation award of the German Communication Association). He visited the Hebrew University of Jerusalem in June 2015. 2015 to 2016, he served as an interim professor for empirical methods of communication research at Friedrich Schiller University Jena. During spring term 2016, he was a Junior Researcher in Residence at LMU's Center for Advanced Studies with a project on the relationship between right-wing populism and the media. His research interests include media reception and -socialization, media economics, media change, music and media, sociological and normative theories, and research methods.